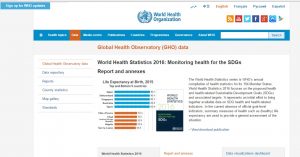 WHO began when our Constitution came into force on 7 April 1948 – a date we now celebrate every year as World Health Day. We are now more than 7000 people working in 150 country offices, in 6 regional offices and at our headquarters in Geneva.

Our primary role is to direct and coordinate international health within the United Nations’ system.

These are our main areas of work: 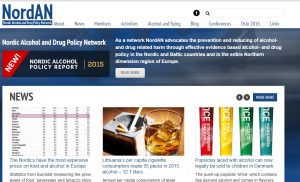 NordAN was established in September 2000 as a network of non governmental, voluntary organizations who all worked to reduce the consumption of alcohol and other drugs and who supported a restrictive alcohol and drug policy and who did not receive contributions from the commercial alcohol industry.

Acting on these principles NordAN today have grown to have 90 non-governmental, voluntary member organisations in all the eight Nordic and Baltic countries (Denmark, Estonia, Finland, Iceland, Latvia, Lithuania, Norway and Sweden), all active in the alcohol and drug field.

NordAN member organisations are primarily volunteer organisations, networks and foundations that represent a diversity of views, cultural attitudes, activity and competences within the alcohol and drug field in their home countries. They are involved in research and advocacy, education and training of voluntary and professional community workers, counselling services, residential and treatments services for drinkers, users of drugs and their families, support for children at risk, workplace actions and school based programmes as well as awareness information to the public in general.

As a network NordAN advocates the prevention and reducing of alcohol- and drug related harm through effective evidence based alcohol- and drug policy in the Nordic and Baltic countries and in the entire Northern dimension region of Europe.
.NordAN strives to be a facilitator and a resource for its members and affiliates, providing service for members, the inter government organisations and the media concerning Health and Social issues in general and Drug and Alcohol Policy in particular.
The annual NordAN conferences are organised in corporation with member organisation from a different country each year and often held upon an actual theme of overriding importance.

The NordAN assembly of representatives is the highest decision making body of the network and meets annually during the political conference of NordAN.

The NordAN board is responsible for the daily management of the network and consists of a president elected by the entire assembly of representatives and one representative from each member country elected only by the members of the assembly coming from that country.

Policy statements and resolutions are adopted either by the assembly of representatives or by the board when appropriate like the NordAN contribution to the WHO public hearing on the creation of a global alcohol strategy autumn 2008.

NordAN strives to be a facilitator and a resource for its members and affiliates, providing service for members, the inter government organisations and the media concerning Health and Social issues in general and Drug and Alcohol Policy in particular.

The actual overriding priorities of NordAN is to secure the annual conference as part of a member’s forum to exchange good practice, inform about current issues and promote a broad debate on alcohol and drugs and to work on internal weaknesses and disagreements in particular on drugs. Furthermore NordAN is to stay informed about relevant international developments on alcohol and drugs and use this to engage in advocacy activities in the Northern dimension region of Europe.

SFP’s mission is the effective implementation of the WHO Framework Convention on Tobacco Control (FCTC). To this end, the SFP works with decision makers to ensure that tobacco control receives adequate political attention at EU level and to promote tobacco control information and policy research at EU and national level, in collaboration with other EU health organizations and tobacco control networks. It also aims to ensure FCTC implementation globally, and is working to release EU funding for tobacco control to counter poverty in developing countries.

Our advocacy work is: 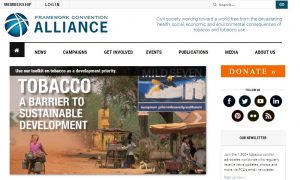 FCA was created in 1999 and formally established in 2003. It is made up of nearly 500 organisations from over 100 countries.

FCA works on the development, ratification and implementation of the international treaty, the World Health Organization (WHO) Framework Convention on Tobacco Control (FCTC).

The WHO FCTC is the world’s first modern-day global public health treaty. It requires Parties to adopt a comprehensive range of measures designed to reduce the devastating health and economic impacts of tobacco. (More on the FCTC).

FCA is also a leading advocate for including the FCTC and global tobacco control in the international health and development framework, including the Sustainable Development Goals (SDGs) that were adopted by the UN General Assembly in 2015.

FCA’s work is overseen by an elected Board of Directors. The executive director leads the staff, which is based in every WHO region. 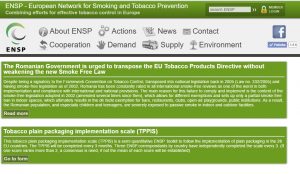 The European Network for Smoking and Tobacco Prevention (ENSP) is an international non-profit making organisation, created in 1997 under Belgium law (identification number 16377/97).

ENSP’s mission is to develop a strategy for co-ordinated action among organisations active in tobacco control in Europe by sharing information and experience and through co-ordinated activities and joint projects. ENSP aims to create greater coherence among smoking prevention activities and to promote comprehensive tobacco control policies at both national and European levels.

Our vision for future is to eliminate the health inequalities among European citizens and their suffering caused by ill health and early death due to tobacco-related diseases. We want children and young people to be able to grow up without being targeted with messages that seek to lure them into a lifetime of addiction. We want all Europeans to be able to breathe clean air unpolluted by tobacco smoke. As we communicate more freely and cross country borders more frequently, we realise that our individual countries do not stand alone; we feel the reverberations of change throughout Europe. Therefore, we undertake to use the best evidence of effectiveness in policy and practice to work together towards our common goal.

The activities that ENSP conducts in order to attain its purpose are the following: 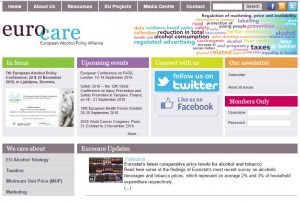 Eurocare is an alliance of non-governmental public health and social organisations working on the prevention and reduction of alcohol related harm in Europe.

Eurocare was formed in 1990 by 9 organisations concerned with the impact of the European Union on Alcohol Policy in Member States. It now has around 58 member organisations across 25 countries in Europe, most of which are national or supranational umbrella organisations.

Eurocare is not affiliated and does not receive any funding from the alcohol industry or any of its social aspect organisations.

Eurocare is registered in the European Transparency Register under number: 01546986656-22

Member organisations are involved in advocacy and research, as well as in the provision of information and training on alcohol issues, and the provision of services for people whose lives are affected by alcohol related problems. 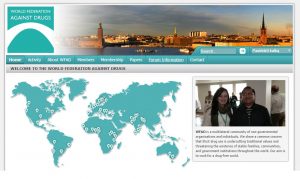 World Federation Against Drugs (WFAD) is a multilateral community of non-governmental organisations and individuals. Founded in 2009, the aim of WFAD is to work for a drug-free world.

The members of WFAD share a common concern that illicit drug use is undercutting traditional values and threatening the existence of stable families, communities, and government institutions throughout the world.

The work of WFAD is built on the principles of universal fellowship and basic human and democratic rights. We believe that working for a drug-free world will promote peace, human development, democracy, tolerance, equality, freedom and justice.

The WFAD recognizes that civil society has the right to fact-based information about the risks and damage caused by drugs. All people have the right to be protected from the harms created by drug use; and drug users have the right to the expectation of living drug-free and having the opportunity to lead productive, working lives.

The WFAD adheres to the Declaration signed at the World Forum Against Drugs in Stockholm, Sweden in September of 2008 (appendix 1). The work of the WFAD will be in accordance to the Basic Principles (appendix 2). The WFAD adheres to Article 33 of the United Nations Conventions on the Rights of the Child that states:

States Parties shall take all appropriate measures, including legislative, administrative, social and educational measures, to protect children from the illicit use of narcotic drugs and psychotropic substances as defined in the relevant international treaties, and to prevent the use of children in the illicit production and trafficking of such substances.September 1990 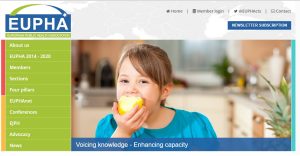 The European Public Health Association, or EUPHA in short, is an umbrella organisation for public health associations and institutes in Europe. EUPHA was founded in 1992 by 15 members (12 countries). EUPHA now has 71 members from 41 countries:

Our vision is of improved health and well-being and narrowing health inequalities for all Europeans. We seek to support our members to improve health in Europe, adding value to the efforts of stakeholders in regions and states, in national and international organisations, and individual public health professionals.

Our mission is to facilitate and activate a strong voice of the public health network by enhancing visibility of the evidence and by strengthening the capacity of public health professionals.

Sustainable advancements in public health and health services can only be achieved through collaboration. EUPHA is dedicated to working in partnership with European and international intergovernmental and non-governmental organisations as well as national institutes and organisations that are aligned with EUPHA’s values and commitment to improve current and future health in Europe.

Our definition of public health

EUPHA defines public health as: the science and art of preventing disease, prolonging life and promoting health and well-being through the organised efforts and informed choices or society, organisations, public and private, communities and individuals, and includes the broader area of public health, health services research, health service delivery and health systems design.

Our definition of public health professionals